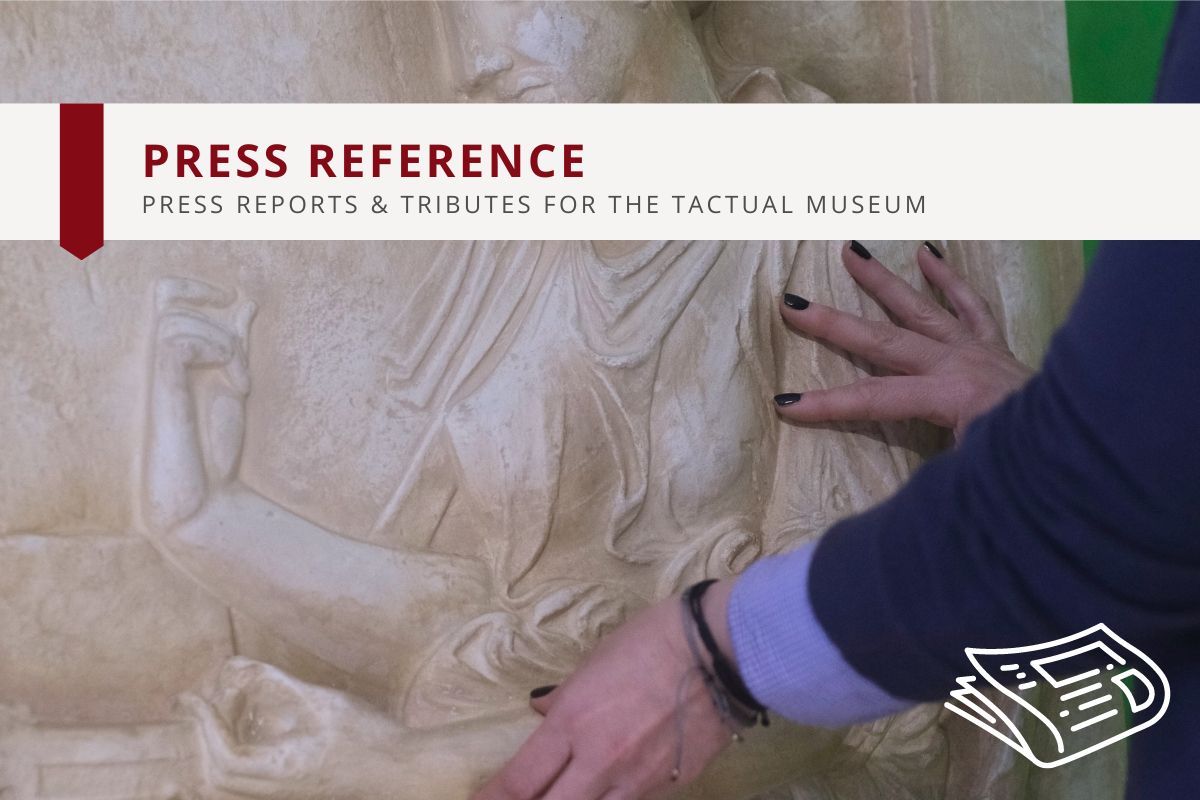 “If you want to see the Venus of Milos statue and you can’t go to the Louvre or part of the Parthenon frieze and can’t visit the British Museum, you should go to Kallithea in order to visit the beautiful neoclassical building, donated by the Empirikos family, that houses the Tactual Museum. The Museum is primarily aimed at blind people, but also at sighted people, who are invited to get to know the world of those with vision problems.

The Museum is part of the Lighthouse for the Blind of Greece and is one of the five museums of its kind worldwide, with plaster, exact replicas, certified by the Ministry of Culture, from the Cycladic, Minoan, Geometric, Archaic, Strict Rhythm, Classical, Hellenistic and Roman eras. Statues, busts, relief pediments and capes, tombstones, bronze or clay masks of actors, figurines, discs, drums, amphorae and many other objects, the originals of which are parts of collections of the National Archaeological Museum, the Acropolis Museum, Delphi, Olympia, of Cycladic Art, of Heraklion as well as museums abroad. The Praxitelis Mercury, the two-meter Poseidon or Zeus of Artemision, the Charioteer of Delphi, the Volomandra Kouros, model of the hill of the Acropolis during the 5th century BC. and other copies give the chance to the blind or visually impaired ones to get to know them.

On the ground floor, there are also samples from the Byzantine period, such as icons, marble slabs, seals, while a wooden iconostasis with the holy table dominates the space. The information for each exhibit is provided in a self-guided tour in Greek – English, with explanatory signs posted in Braille and in enlarged letters for the partially sighted. Every year, in addition to blind people living in Greece, several blind tourists visit the museum, especially in summer time.”